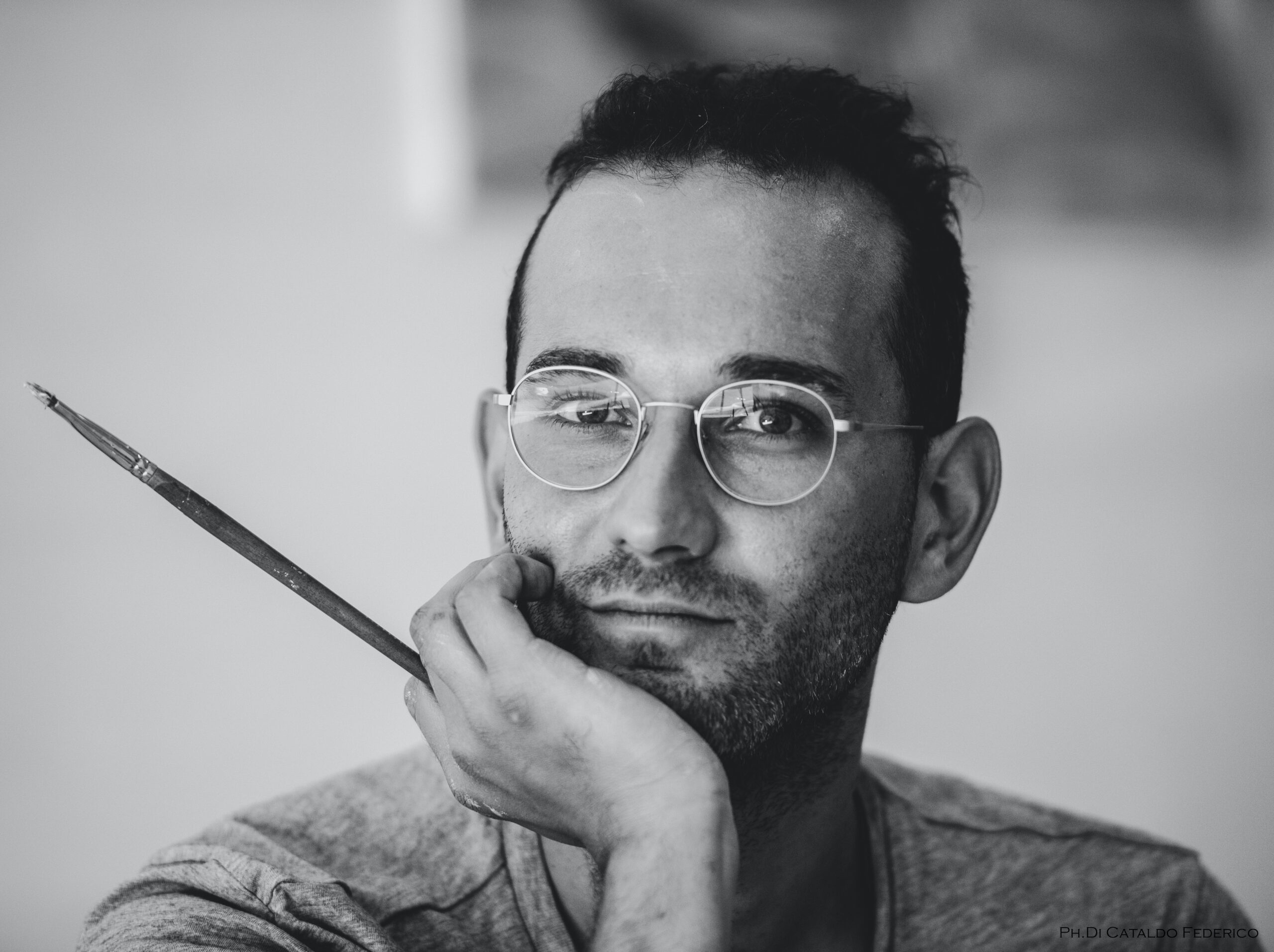 Early Giuseppe discovered his passion for creating art and immersed himself into the artistic philosophy of life at a young age. Due to his cousins – active artists from Italy, he began to work at the age of twelve and plunged into the world of creation. Few years later, after various studies, Giuseppe Aiello found his own style, which laid the foundation of his work. Autodidact, he developed his art continuously and tirelessly. Thus he created a world of his own, where imagination rules, governed by freedom. Giuseppe Aiello, with Italian roots, was born in 1990 and grew up in the Rhine Valley of St. Gallen. In July 2016 he moved to Basel, where he has been living and working as an independent artist ever since. He has already been able to show his works in many solo and group exhibitions in Switzerland as well as in Italy.

„There is nothing stronger than the power of passion.“

His art is figurative, abstract, expressive, and surrealistic. Through mindful observation, he transforms patterns of behavior into pieces and uses painting to portray a reflection of society. Giuseppe Aiello captures feelings, and he drafts with his art the aesthetic confrontation of his everyday life. With the Utopia series, he invites us to wander through an alternative reality. His intention is to create eye-catchers. He seeks to elevate the artistic enthusiasm, which is reflected in his paintings. Creating dynamic works to stimulate fantasy is his aim.

Since Giuseppe does not indulge in just one technique, but as an artist is always exploring new experimental paths, his greatest motivation is to evolve. He loves the feeling of being completely free and to dive into projects. This feeling offers him the opportunity to change and move things. Working from within, living out the drive and energy that is inside, fulfills Giuseppe.

„If you only follow one line, you will never get to the point.“

This casual sense being allows Giuseppe to work with a wide variety of techniques and enables him to create art pieces based on diverse materials. This results in paintings, sculptures, installations and works made of wood, clay, papier-mâché, and plastic, etc. Scattered and contrasting elements are at the core of his work. Taking some time longer focused on his art pieces, those will upraise the visitor into a sphere of euphoria. Unveiling lost things. The perception becomes imaginative and profound. Due to this, his art is recognized from afar. Giuseppe’s goal is to be as unique as possible in this complex world. Freedom in artistic expression is his greatest love. 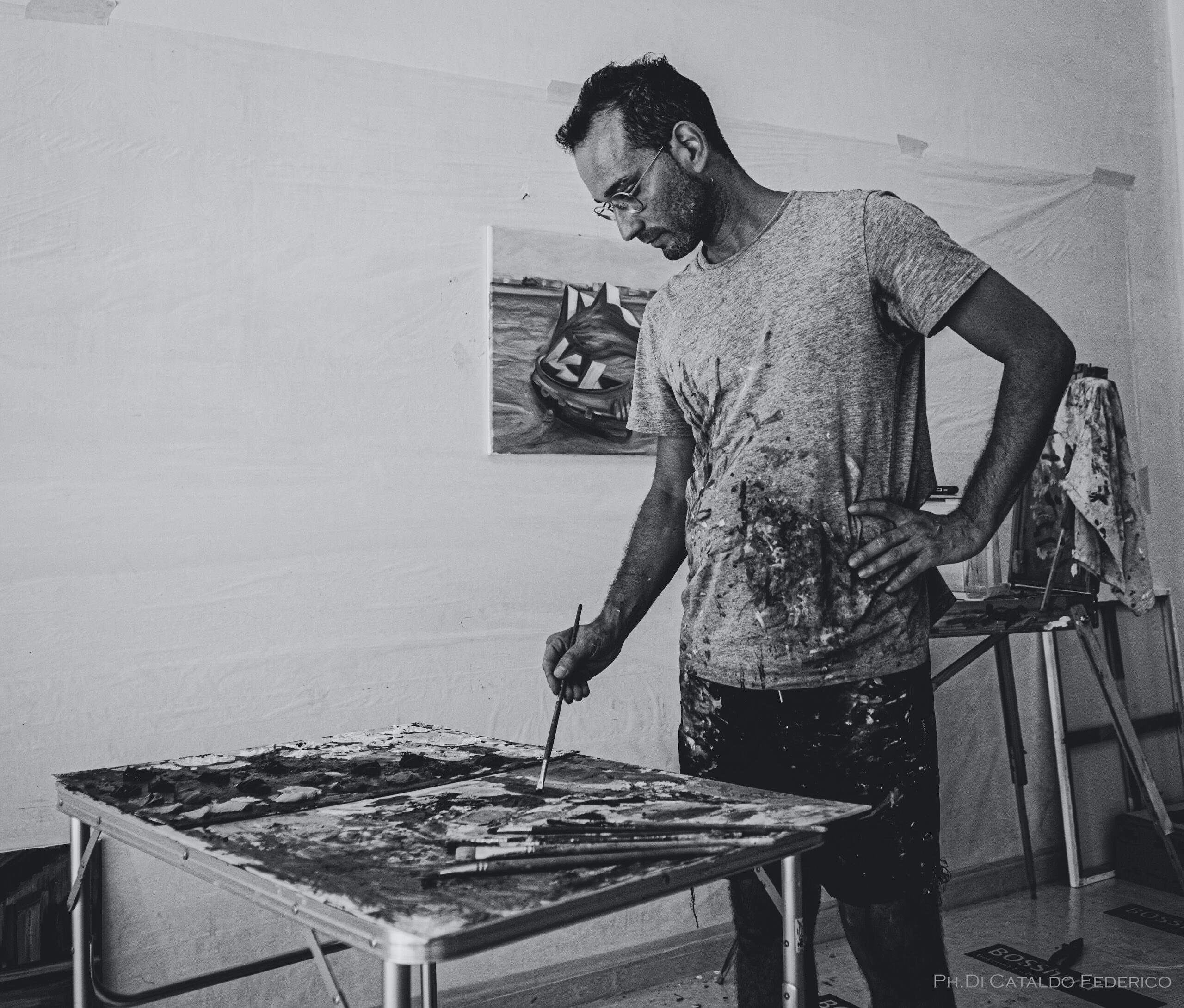